Carl Rogers, creator of Client-Centered Psychotherapy, was the first to develop a theory about how every person has within an “acorn” able to grow into a certain kind of tree, a “blueprint” for a unique life (On Becoming A Person, Houghton Mifflin, 1961). As a therapist in Rochester, NY, in the 1930’s, Rogers followed up on the suggestion from a female co-worker that, if instead of telling clients what to do, the therapist simply reflected back to them what they were saying and encouraged them to continue to look more deeply into their own answers, clients became empowered to find their own solutions and their own unique, personally meaningful path through life. Rogers called this technique “reflective listening” or “empathic listening.”

From the 1940’s until his death in 1987, Rogers worked with many others in developing the idea that clients could heal themselves, if only the therapist provided “facilitative conditions” of “empathy,” “congruence,” and “unconditional positive regard.” Like a plant given water, soil, sun, and fertilizer, the person would unfold along his or her own unique path in facilitative conditions. While negative outward situations could stunt the person, like the potato left in a dark cellar, the person would always find a way, through what might look like torturous turns and twists, to reach toward the light.

Rogers was so effective in defining the “therapeutic conditions” for growth that he and his followers became able to teach these skills, especially “empathic reflection,” to non-therapists as well: to physicians, ministers, parents, really anyone at all. Client-Centered Psychotherapy gave birth to the peer counseling movement, the idea that every day people could help each other, as equals, with their personal growth. The Changes model for building supportive community, written up in Dr. McGuire’s manual, Focusing In Community: How To Start A Listening/Focusing Support Group, grew out of this perspective toward peer self-help.

Rogers, Gendlin, and the Discovery of  “Focusing”

In the early 1960’s, Rogers and his then-student Eugene Gendlin and others at the University of Chicago undertook a huge and highly regarded research project on therapy with schizophrenics, trying to show that the Rogerian conditions could be as powerful in healing inpatients in a mental hospital as students in university counseling centers. It was during this research that Gendlin fully developed his concept of “experiencing” and the definition of the client’s ability to “focus” upon present experiencing as the crux determining factor in success of psychotherapy, more than any therapist conditions. Gendlin went on to write the self-help book, Focusing (Bantam, 1981)) in order to make this self-help skill of “inner reference” available to everyone.

Rogers went on to extend his methods of “empathic listening” to couples, groups, and global conflicts.  Using the simple empathic listening model, during the 1950’s in the United States, he had blacks and whites meet in groups and simply “listen to” each other, getting below stereotypes and prejudices and into their shared humanity. He used the same methods to bring individuals from North and South Ireland together, and for international conflict resolution in Latin America, Europe, Japan, South Africa, and the Soviet Union until his death in 1987. He was a man with a total dedication to working for world peace.

Return to About Us 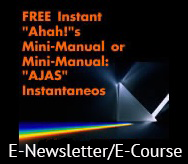